Without communication, the concept of a social media networking platform does not exist.

The interaction between users and the mutual exchange of ideas is the basis for any successful social network.

Right now, Facebook, or rather some very fundamental systems of Facebook, are failing because they do not fulfil these requirements. 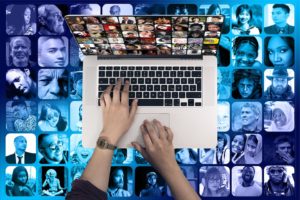 It is the Timeline and the Profile posting feature that are the most flawed systems.

By giving users the ability to write microblog posts on their profile, they are isolating the user from the network.

The user will expect some form of mutual exchange of ideas with his network, but this will often not occur because: 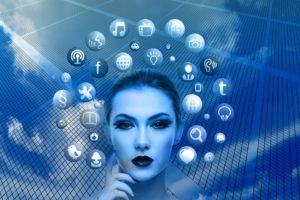 If we compare Facebook to one of the very first social media of the internet, the Yahoo Profiles and Messenger, we will see how the much simpler and primitive Yahoo network offered much more meaningful opportunities for communication and for meeting people with the same interests. The profiles of Yahoo, did not include microblogging, they were only a means of introducing oneself. Profiles were linked to lists of interests that each user put in their profile. This made it so much easier to browse through profiles that had the same interests and thus make new friends who wanted to discuss the same ideas. The profiles were linked to the Yahoo messenger and were anonymous. That actually gave everyone an additional level of security and did not expose everyone’s identity to stalkers and potentially dangerous people.

Another problem that surfaces on Facebook is the fact that it thinks it has to do something for it’s users. Social media are a lot like adventure games, you have to let the user play the game and not keep them occupied with long sceneries of unnecessary dialogue. You need to give them control of the game of communication and not bombard them with unwanted and irrelevant features. Because eventually, they will get bored and will leave.

Among all those problems is also the issue of privacy, tracking and surveillance. An issue that is extremely important but that I have not addressed here as it does not directly affect communication. It is disturbing the fact that Facebook stores all private data, from private messages to photographs for ever. It is also disturbing the fact that it has often proven inadequate in protecting those. By creating data tanks, there will eventually be leaks.

The only system in Facebook that is partly successful and is expanding is the one that Facebook has not been messing with, nor promoting: the Groups. Right now only groups are offering users to come together in a place where they are all equal and  can meet people with the same interests. Pages are more or less a failure, unless they belong to big organizations or unique celebrities, but even then, people have become tired of the frequent and superficial posts. People now are moving on in search of more meaningful communication to places like groups.

If I were to imagine or request for a perfect social media network, it would be one that is based in Europe, that respects it’s users privacy rights and the fundamental human need for meaningful communication, without over-commercializing it. Seriously Europe, where is your own social media platform? 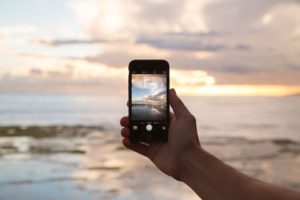