I was recently judged harshly by my DnD party for attempting to adopt a kitten. So harshly, that I was accused of evil and chaos.

I am Lawful Good Cleric and my action was swiftly judged, doomed, to the point that a member of the party left in anger, in game. The out of character argument was that I was separating the kitten from its family, an action equal to abducting an infant from its parents. Thus the action was evil. Also, I was accused for not following the laws of nature and the laws of society, thus acting in a chaotic manner, contrary to the alignment of my character. The third argument was that I was disturbing the natural balance of nature.  At that point, I felt that the spirit of the accusations was not in the real spirit of goodness, nor law, nor balance. It felt like the party was throwing a tantrum against me, possibly a result of exhaustion for fighting too many battles. 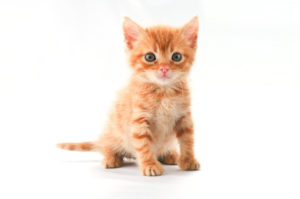 Let us examine the situation with a clear mind now.

Is the act of adopting a cat unlawful?

No, it is not. Humans and elves have adopted and domesticated animals since the beginning of time. There are no humanoid laws that forbid adopting animals. There are also no Gods to my knowledge that forbid and condemn that same act. What about the laws of nature? Is it against the natural order of things to create ties and relations between species? Elves and humans are also part of nature. Nature is not only the vegetation and animal kingdom. Who writes the laws of nature? What are these laws exactly? The point here is that the laws of nature do not judge and condemn acts as evil or good. The only clear law of nature is survival. According to the law of survival, adopting a kitten by giving it a safe environment and tending to all its needs, from physical to emotional needs, ensures not only survival but a happy life. There is no law of nature that forbids interspecies relations.

Is the act of adopting a cat evil?

To judge this, we need more context. Actions have special factors surrounding them in relation to Good and Evil. This is why the act of killing in DnD is deemed neither Good nor Evil. When a Lawful Good character kills an Evil one, this action is not considered evil. Even if it was done solely on the basis of alignment, ie without any real reason. Lawful Good characters can charge against Evil and destroy it, without any explanation. So why is killing that a Good character does good, but the killing that an Evil character does, evil? It is the same action after all. If we are judging actions without context then killing should be evil for any and all alignments. Killing inflicts pain, suffering and deprives the being from the greatest gift of life. How can killing be Good? In DnD philosophy, actions are judged according to motive and context. They are never judged out of motive and out of context.

What were my motives when trying to adopt the kitten?

Thank you for asking. Unfortunately, my party reached the conclusion of my motives without even asking me. They concluded that I wanted to enslave the kitten and hold it hostage against its will. This is a very dangerous assumption to make for anyone. This is particularly disturbing to me, because my character is widely known for helping its city and being a benefactor to the sick and injured. My character has good intentions for the weak and wishes to provide relief, protection and support above all. I am a cleric who seeks to confess and atone evil doers. I will kill my evil enemies only if they oppose the light. These are qualities that my character possesses and has proved them during the course of the campaign. However, my party chose to become jury, judge and almost executioner, by removing my action from any context. Since sadly they could not see through my real intentions for the kitten, intentions which are self-understood to anyone who knows my character, I will state them here: I would bring the kitten with me at the Temple of Heironeous. It would become the archclerics personal pet. The reason I took it was because I felt my character needed companionship. A companionship she could not find among her own kind, due to her position. I would provide for all needs of the kitten. And when I say all needs, I mean all needs. If the kitten was for any reason unhappy or wanted to return back, I would have the insight and empathy to feel its emotions and would return it without hesitation. My only motive was to provide a happy life for it. It was never my intention to neither torment the kitten nor keep it captive. All I wanted was a companion.

In what way is taking a kitten different than taking an infant?

Animals do not grow attached to each other the way humans do. A cat will eat its kittens if she does not want them without making a fuss about it. They function through instinct and even though they may feel the absence of the kitten in rare cases, ultimately they go on with their natural lives. The difference between the animal kingdom and the human kingdom is that animals accept reality much easier and quickly than humans. Animals are free from the psychological and mental complexes of humans. It is we who apply human attributes to their behavior.

Is taking a kitten against the natural balance of nature?

So it adopting a kitten unlawful or evil? You can be the judge, the jury and the executioner. But know that you shall not interfere with the archcleric in her work of protecting and healing the weak. If you attack her, prepare your defenses, for she will strike back.